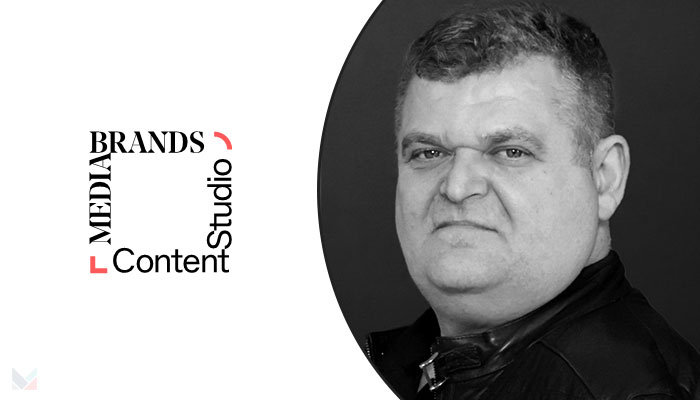 Prior to his recent role at Ogilvy, Marian has served as the agency’s global creative director for customer engagement and e-commerce, and has spent more than a decade in senior creative and directorial roles for the agency and within its global operations.

In his new role, Marian, who will report to Brendan Gaul, the global chief content chief officer at Mediabrands and the global president at Mediabrands’ film and television studio TRAVERSE32, will be spearheading the growing global scope of MBCS which will expand from its original focus on 12 key markets to 20 territories in the coming year. These additional locations will further enable the studio to offer Mediabrands’ clients greater unique market insights and enhanced support for local, regional, and global content campaigns.

Commenting on his appointment, Marian said that he is excited to be a part of MBCS at such a pivotal time in the company’s genesis.

“MBCS is not only leading a movement that will forever change the media and content landscape but evinces Mediabrands’ commitment to understanding how the brave new world of content is moving audiences emotionally, moving ideas across media plans, and most importantly, moving client KPIs and sales,” said Marian.

Meanwhile, Gaul shared that Marian has a reputation for producing brilliant work, being laser-focused on client success and the ability to build supportive teams.

MBCS said that its forward-looking move marks a deeper commitment by media holding company, IPG Mediabrands, to broaden the scale and scope of content offerings that they can provide for clients across the network. It comes as more access to addressability, more opportunities for media platform creativity and more connections to the creator economy increasingly impact how brand stories are told and content is made in the world today.