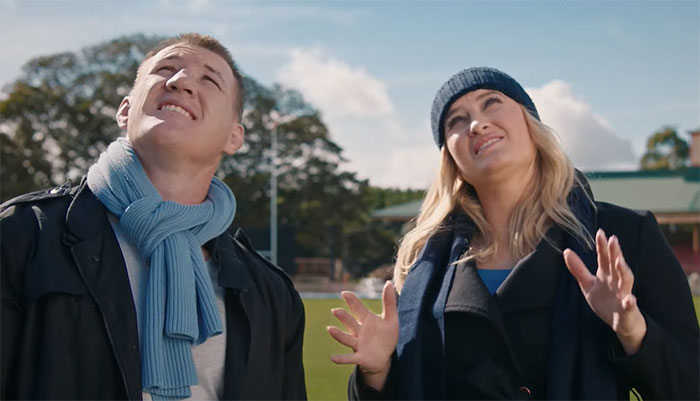 The ‘Little Things’ – from the NSW Department of Customer Service and NSW Health & Multicultural Affairs – aims to remind people across NSW to think about what they can do to beat flu and COVID during the winter season. Its engagement focuses on 16 to 39-year-olds, as only 49% have had a COVID booster vaccine and are less likely than other age groups to practise safe behaviours.

The campaign has already kicked off the multi-partner content series during the State of Origin with former NSW Sharks Captain and Blues player Paul Gallen and former WNRL player Ruan Sims on Channel 9, and will be followed in July with Olympic skateboarder Poppy Olsen and musician Alex the Astronaut on Channel 7. In addition, NRL Sharks Captain Wade Graham, radio presenter Linda Marigliano on Southern Cross Austero during June and a TWITCH 2-Hour Stream in July.

Andrew Clift, senior client director at UM, said the brief was clear, to motivate and engage a younger demographic by normalising COVID-safety practices and reminding their small actions can make a big difference to their health and the health of others.

“This was a magic campaign to work on. The key to the campaign’s success was bringing so many great media partners to the table and then developing content that young Australians would sit up and take notice of. What better way to do this than to get well-known sports and media stars to deliver the message in a way they relate to,” added Clift.

“When people hear the message from someone they relate to, such as their sporting champion or musical icon, they are more likely to engage and to listen to their advice,” said Barrett.

To reach younger audiences, the media campaign is supported by a strong digital focus including advertising across social media platforms Meta, TikTok, Snapchat, and TWITCH, as well as radio and digital audio and outdoor advertising. ‘Little Things’ has also been tailored for culturally and linguistically diverse audiences in 22 languages and will run alongside a bespoke campaign for Aboriginal audiences. It will run until the end of August.