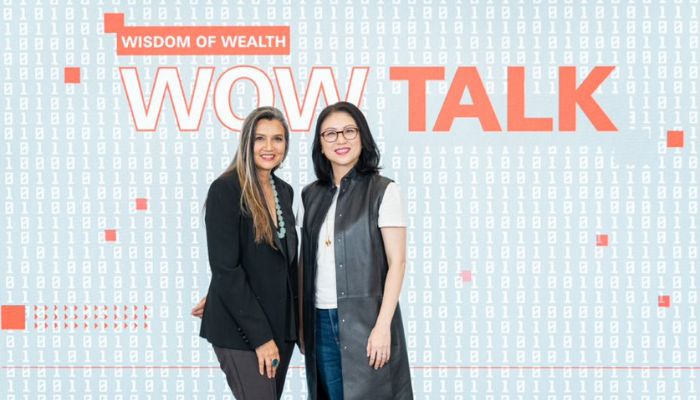 Hong Kong – HSBC’s flagship executive exchanges series, ‘Wisdom of Wealth Talk’ (WoW Talk), will be releasing its third episode to focus on Hong Kong’s arts and culture scene. This will be done through a conversation with Suhanya Raffel, museum director of M+, Hong Kong’s global museum of visual culture, and Maggie Ng, head of Wealth and Personal Banking at HSBC Hong Kong.

In each episode of WoW Talk, HSBC has been inviting prominent leaders across different sectors to discuss Asia’s booming wealth opportunities, as well as to share their secret to success and wisdom on wealth generation. In the last two episodes, the series discussed the relationship between the metaverse and healthtech and wealth opportunities.

In the latest instalment, Raffel and Ng will be talking about the connection between HSBC and the museum and how HSBC’s lead partnership with M+ will raise public awareness of arts and culture. Located in Hong Kong’s West Kowloon Cultural District, M+ is Asia’s first global museum of contemporary visual culture that reflects Hong Kong’s unique time and place and is built on Hong Kong’s historic balance of the local and the international to define a distinctive and innovative voice for Asia’s twenty-first century.

The spotlight on the topic emerges as well from one of the growing value propositions of HSBC. According to the financial services, there has been a rapid rise in investment in the art market in recent years. HSBC’s younger generations of customers and emerging entrepreneurs are now more interested in arts than ever, while millennial collectors and enthusiasts are increasingly spending more on this new asset class, said HSBC.

“I think Hong Kong has great artists, creative makers and designers. With the support of large business institutions like HSBC, we have seen Hong Kong’s cultural scene becoming more cohesive and visible. In the last decade, Hong Kong has developed into one of the world’s cultural capitals,” said Raffel.

Starting November 2022, HSBC will become the first lead partner of M+. HSBC will be the lead sponsor for M+’s first Special Exhibition titled ‘Yayoi Kusama: 1945 to Now’, featuring the works of internationally renowned visionary artist, Yayoi Kusama. The two parties will work on organising a series of free guided tours for NGOs, schools, and staff events to promote contemporary visual culture to the world.

Ng commented, “HSBC has always been rooted in Hong Kong and has grown up with all Hong Kong people, we are honoured to be the first lead partner of M+ to actively promote the development of the arts and culture.”