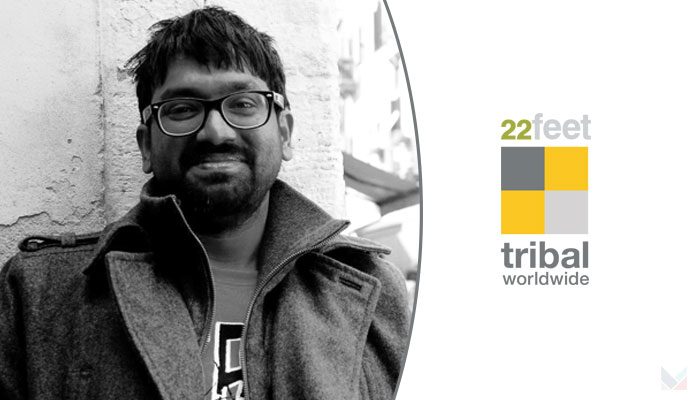 The appointment of Srivatsav will take over from Debashish Ghosh, former national creative director at 22feet Tribal Worldwide, and will continue to report to Rahul Mathew, DDB Mudra Group’s chief creative officer. With Srivatsav at the helm, the agency aims to marry brand-first thinking with digital-first solutions as it gears up for the next phase of growth.

Since his appointment at DDB Mudra in 2015, Srivatsavhas led some of the Group’s award-winning campaigns that also sparked conversations. Under his leadership, DDB Mudra’s South office produced work such as Puma’s Suede Gully and Battlegrounds Mobile India’s Game Responsibly.

Commenting on his new role, Srivatsav said, “It’s been a terrific journey with the DDB Mudra group so far. And to lead an awesome team of creatives and be part of one of the most exciting names in digital – 22feet Tribal Worldwide – is nothing short of a privilege. Can’t wait to get started.”

Meanwhile, Mathew commented, “Vishnu has been a great partner to the organisation in our pursuit of creative excellence. He recently led our South office to one of our best years creatively. I look forward to him taking this momentum and his infectious energy into the exciting opportunity at 22feet.”

Preetham Venkky, 22feet Tribal Worldwide’s president, shared that Srivatsav has always been a huge source of inspiration for the creative team at 22feet.

“His grasp on culture, specifically internet culture, is arguably the best in the country and established through his work over the years. We are super excited to have him come aboard, to inspire, shape and establish the culture of excellent creative work for our clients,” said Venkky.