Of VTubers and influencer marketing: The case of airasia’s Aozora Kurumi 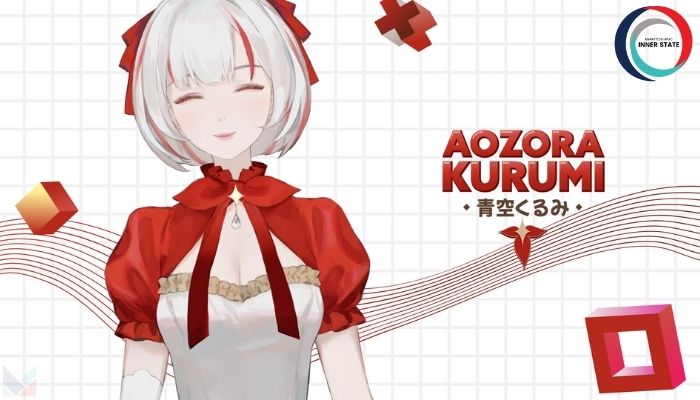 If there is one facet of marketing that is seeing more growth than ever, it would be influencer marketing. The latest data from Statista notes that the market has reached US$13.8b in market size as of 2021, compared to just US$6.5b in 2019. This is all thanks to the rise of the content creator economy, primarily banking on interactions and purchasing powers from their fanbases.

It is no wonder why various forms of influencer marketing have popped up, ranging from real-life influencers like gamers and beauty gurus to virtual ones such as Rozy and Rae. But there is one facet that is considered the middle ground between human and virtual influencers–these so-called virtual YouTubers or ‘VTubers’.

What started out as a niche industry in Japan, VTubing, in general, gained popularity in 2019 as various agencies and brands ramped up in debuting new VTubers into the scene. It is no wonder why global brands such as Crunchyroll, Netflix, MSI, and Suntory have their own VTubers, primarily used to engage with their online fanbase and create new avenues for brands to engage with.

This is the case for the multinational company airasia, which announced the launch of their VTuber project called ‘Project Kavvaii’ in March 2021. Months later, they debuted their first-ever talent Aozora Kurumi in May 2021. Since then, Kurumi has completed over 150 streams and amassed more than 22,000 subscribers and over 1.2 million views on YouTube.

As she recently celebrated her one-year anniversary, MARKETECH APAC’s The Inner State spoke with Rudy Khaw, group chief brand officer at airasia Super App, to learn more about what they have learned dealing with VTubers and how their existence plays out in the influencer marketing scene.

How airasia has worked with influencers in general

Being a multinational company, airasia believes in the importance of representing diversity across their platforms, more specifically in how they tap into influencers to promote their brand. One of those examples was their latest launch of the ‘Red Radio’ in a bid to promote Asian artists on air, and their record label ‘RedRecords’ which has signed artists such as Jannine Weigel and Airliftz.

Khaw found out that with influencers, there wasn’t anything they could really own. It should be noted that there is a difference between a virtual influencer and a VTuber. While a virtual influencer is a computer-generated ‘persona’ that uses AI to shape its personality, a VTuber has a real person behind a digitally-drawn avatar, rigged by a face-tracking software to move the model.

“We also saw some limitations with virtual influencers as it didn’t feel genuine enough for two-way engagement,” he stated.

He then noted that with their venture to VTubers, they have seen an opportunity to connect with a new online avenue across their followers online.

“When we explored the VTuber space, what we loved most about it is the genuine interaction and community-building opportunity it offers,” he added.

This reflects Project Kavvaii initial vision for their VTuber endeavour, which aligns airasia’s transition from an airline company to a lifestyle brand with the airasia super app, including a focus on the importance of content creators such as VTubers. In addition, the project aims to fast-track airasia’s growth by leveraging its digital capabilities, such as artificial intelligence and facial recognition.

On Aozora Kurumi’s impact as a VTuber and influencer

With Aozora Kurumi officially celebrating her one year anniversary, Khaw stressed out Kurumi’s importance in the online scene, as it allowed them to tap into a new demographic that could potentially be new customers.

“Kurumi’s following has grown healthily over the past few months and it’s definitely created a new set of audience for us. More recently, Kurumi has been exploring pre-recorded content, which is the beginning of more offline content to come,” he stated.

Aside from the typical type of content Kurumi streams such as gaming and karaoke ones, she is also involved in several brand activations for airasia, including a large giveaway stream, done in celebration of airasia’s 20th anniversary.

When asked how is VTubing just as impactful as normal influencers, Khaw said, “[There is] the ability to engage with a fan base [or] followers through similar interests and also because it is also so driven by personality, which is the core of what attracts a following.”

He also stated that while Project Kavvaii is a fairly new initiative that is unlike any of their previous endeavours, Kurumi’s presence brings value to their airasia Super App.

“Project Kavvaii is a part of airasia Super App; the value that Kurumi or the Vtuber space, in general, brings to the Super App is content. It opens up doors for us to explore more content opportunities in the future and develop our ideas to engage consumers beyond the transactional space.”

Brand advice to entities tapping into the VTuber space

When asked about what brands should keep in their mind in launching their own VTubers, Khaw said that they always put the talent first, not the brand, in order to create much more genuine traction for both the brand and the talent from their new audience.

“Don’t go into it like you would with influencers or other typical advertising projects. It’s a different space altogether and it’s really about fostering a community. It’s also important to remember that it’s not always about putting your brand out there from the get-go or all the time. The fan base will gather and latch onto your brand organically, don’t force it,” he stated.

Khaw’s advice mirrors his previous statement upon Kurumi’s debut, where he stated that they foresee the project to be a game-changer in the future of streaming content in the ASEAN region.

“As a digital company, the constant change in the way people consume online content drives us to explore cross-industry innovations with Project Kavvaii to stay relevant and ahead of trends. We hope to see Aozora Kurumi taking the content world by storm very soon,” he said.