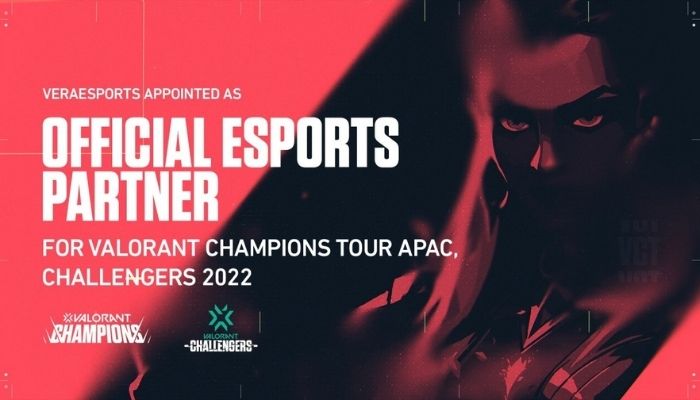 The VALORANT Champions Tour is a year-long event that takes the best teams from across the globe and pits them against each other during three levels: ‘Challengers’, ‘Masters’, and ‘Champions’. In 2021, the Champions Tour attracted over one million peak viewers and averaged some 500,000 viewers during the course of the tournament.

Through the partnership, VeraEsports will make exclusive content available for VeraEsports viewers, including match highlights, special features, and access to an exclusive library of content. Said content will be available in Indonesia, Thailand, Philippines, Singapore, Malaysia, Vietnam, Taiwan and Hong Kong.

RJ Mark, founder at VeraEsports, says, “We are proud to renew and enhance our partnership with Riot Games and the VCT. Enabling new and breakthrough community experiences is our goal and this year we bring even more value through an exclusive VCT content hub on VeraEsports.”

He added, “The community will now be able to watch and earn across both VOD-based content and live broadcasts. We’ve only just scratched the surface on what we can achieve together with Riot Games and we are excited to bring more value in the future.”

The ‘watch and earn’ program of VeraEsports encourages esports fans to earn points and redeem them for exclusive rewards while they watch their favourite Esports tournaments. VeraEsports will be beta-testing its patented proof of view (POV) technology, developed by its parent brand Verasity, to combat fraudulent advertising viewership during the Valorant Champions Tour APAC.

Meanwhile, Chris Tran, head of esports for SEA, Hong Kong, Taiwan, and Macau at Riot Games, commented, “This partnership reflects the great strength and growth potential of the VCT in the region. Despite VALORANT Esports being launched only about a year ago, we’ve had an amazing level of engagement and passion from our community. We look forward to working with VeraEsports on making VCT APAC even better this year by bringing the very best VCT content to our players and fans across the region.”

VeraEsports is built upon the infrastructure of protocol and product layer blockchain platform Verasity, which focuses on esports and digital content.