The Times of India celebrates unity amidst diversity in new campaign 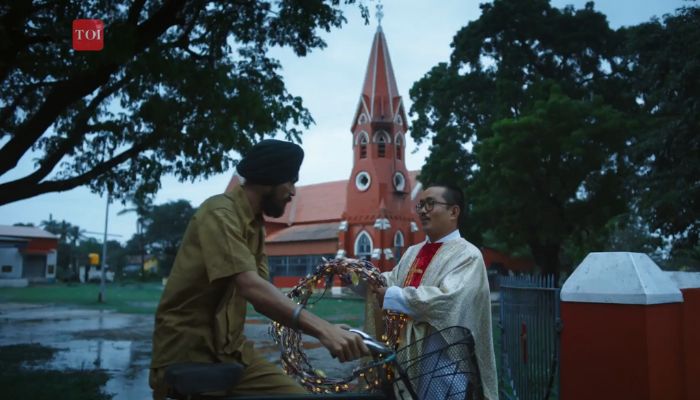 India – Made in collaboration with marketing communications agency Wunderman Thompson India, Indian English-language newspaper The Times of India (TOI) has launched its new campaign that elevates unity despite the diverse differences in India.

Titled ‘The Idea of India’, the campaign featured a short film that invites every Indian to participate and celebrate their perspective of India in their own way through the hashtag #WhatMakesUsOne.

The visual thread for the film is the festival of lights captured by cinematographers and drone photographers and timelapse content creators throughout the festive season. It also included a narrative taken from the speeches of India’s inspiring leaders such as Mahatma Gandhi, Subash Chandra Bose, Jawaharlal Nehru, Sardar Patel, Indira Gandhi, AB Vajpayee and Narendra Modi — the voices that set fire to the ‘Idea of India.’

“In this context, our new initiative from TOI – #WhatMakesUsOne, focuses on the many unifying threads that make up our Idea Of India. Despite our diversity and multiculturism, the threads that unite us also drive our growth in the world today powerfully,” said Kaustuv Chatterjee, brand director at TOI & Languages.

He also added that through the campaign, TOI hopes to spark conversations and connections around what makes Indians one as they celebrate the country’s 74th year of becoming a Republic.

Meanwhile, Wunderman Thompson India’s Chief Creative & Film Director Senthil Kumar also commented, “India was an idea long before it became a free nation… It is the same thread that continues to bind us as one nation, in spite of our diverse differences. It is the invisible ektara that stirs our souls and ignites our hearts. This binding thread of tolerance and inclusivity is represented as the thread of light cinematically and metaphorically in the powerful Times Of India narrative form.”

Joy Chauhan, senior VP & managing partner at Wunderman Thompson Delhi added, “The idea of India is a campaign that makes you pause and yet again fall in love with our magical nation… It was an opportune time to celebrate our diversity and #WhatMakesUsOne. We are proud to partner [with] the iconic Times of India in this celebration.”

‘The Idea of India’ follows TOI’s ‘Maa Aashcen. Tumi Kothaye?’ campaign in October 2022, which was targeted at celebrating togetherness and connection between loved ones during Hindu festival.