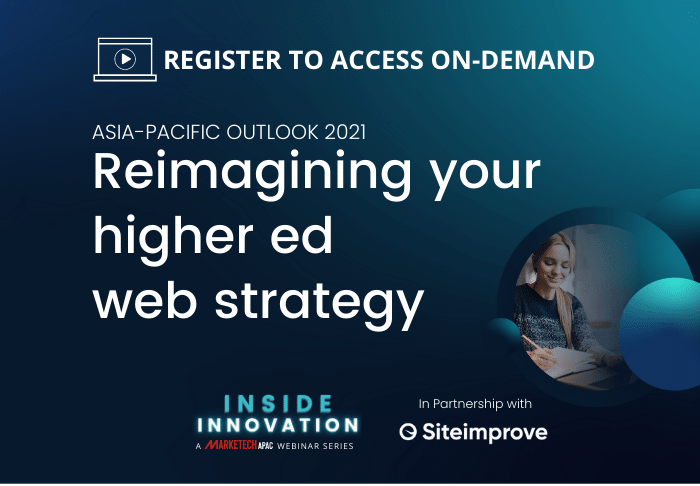 Manila, Philippines – Allenie Caccam, the head of marketing of AirAsia in the Philippines, is adding podcast hosting to her list of credentials. Caccam just launched her own podcast ‘The Middle Manager Show’ which tackles real-life challenges of being a middle manager.

“Before we become CEOs, we are middle managers after all,” said the podcast’s ‘About’ on Spotify.

The show is already three episodes in, with the pilot podcast launching on 23 August. For its latest episode, Caccam conversed with top corporate consultant in the Philippines and Apprentice Asia winner, Jonathan Yabut.

When asked why focus on management instead of marketing in the podcast, Caccam shared to MARKETECH APAC, “There are tons of books and articles that talk about marketing, but there’s not a lot on middle management. While training my team [at AirAsia], especially those who just got promoted to manager, I realized there are certain skills that I thought were natural, but apparently were not and when I dug deeper, I realized managing in the middle is more complex than it looks.”

Admittedly an introvert, Caccam shared that more than the medium appealing to her natural strength as a person, she chose podcast because she believes a podcast is able to create the environment “where you are listening to a friend speaking over the phone,” and that in that way, it seems more personal and intimate.

Caccam adds, “I want to create that space where the show sounds like your usual pantry session where you exchange [pieces of] advice with your workmates.”

Caccam entered AirAsia in 2014, and prior to landing her marketing head role in the airline, she assumed the position marketing manager and senior manager for international marketing.

She shared that topics she discusses in the podcast are actually topics she has already touched base with her team in AirAsia first.

“They are willing guinea pigs and I am so grateful to them. Because we have a direct relationship, aside from the topics discussed in the show, I do have one-on-ones with them so the mentoring is still personalized,” shared Caccam.

Each episode of the podcast is less than 30 minutes in order to, Caccam said, cater to the fast-paced schedule of managers. The topics are picked based on information gathered from an initial survey of new managers, and those who are already head of departments which range from discussing the basics of the middle manager’s dilemma to navigating the first six months as a new manager.

According to Caccam, the show would probably be less than 20 episodes for the first season, but the idea is that topics will also mature with the audience with the assumption that they are also growing in their role.

“Possibly the topics can tackle more complicated [or] complex situations in the future! Right now, it’s testing the market. It’s a new podcast, barely a month in, but what I really love is it has an average of 80% retention, so those who are listening are really interested!” shared Caccam.

In January this year, MARKETECH APAC sat down for a virtual interview with Caccam on MARKETECH Mondays to get to know her career journey in marketing.

In the interview, she shared her philosophy in leadership, “I always make it a point to be more self-aware [because of that perspective]. For example, if your team is not doing well, it doesn’t necessarily mean that they’re not good, but also because maybe, it’s your style of leading them, and maybe there’s something more that you need to do from your end so they could do better.”