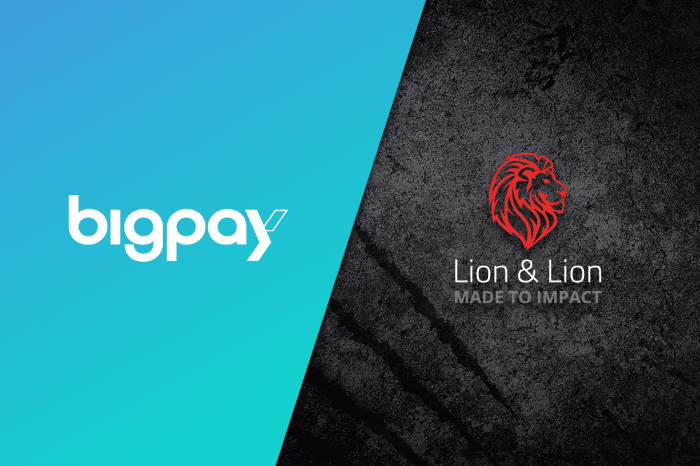 Kuala Lumpur, Malaysia – ASEAN fintech company BigPay, which is under AirAsia, has appointed Lion & Lion as its digital and social media marketing partner for its Malaysia and Singapore markets. The agency said that the new partnership strengthens its portfolio in the financial services industry and highlights its strong growth in the region.

Lion & Lion has developed an integrated creative solution that utilises social media in “bold new ways” to grow BigPay’s digital presence and increase the brand’s share of voice among millennials in the space of financial technology. Building on the theme of BigPay giving users better control of their finances, the campaign will utilise a combination of interactive content developed specifically for Facebook, Instagram and Twitter, as well as partnerships with influencers and creators.

Lion & Lion said the overall goal is to educate millennials on financial literacy, while also positioning the BigPay brand as a trusted partner that understands the lifestyle needs and financial habits of their target audience.

Ham Maghazeh, director of social media at Lion & Lion, shared that their insights have shown that millennials and Generation Z find financial topics boring or difficult to understand, which brings the agency to craft an approach that uses fun and relatable online pop culture references such as memes, entertainment and music in order to resonate with the said target audience.

“Essentially we are turning fintech into ‘funtech’ in order to bridge the gap between millennials and financial literacy. We then tie this back to BigPay, which as a financial platform, allows users the power to control their spending wisely,” says Maghazeh.

Cheelip Ong, regional chief creative officer of Lion and Lion, added “We are excited to enter 2022 with BigPay as our new client. As a fintech company that is committed to democratising financial literacy, BigPay has an amazingly strong product with a multitude of offerings. We are excited to help BigPay drive their product narrative to resonate to a younger audience segment and grow their user base, while building their brand presence in the region with our creative and digital expertise.”

Chris Manguera, BigPay’s CMO said that as a fintech brand, they believe that they have a role to actively educate and advocate financial literacy.

“On top of that, we want our presence to be as fun as our blue card while still keeping true to our mission and vision. Lion & Lion stood out with their creative output and it was highly aligned with the bold direction we’re headed towards, which is to make fintech, ‘funtech’,” added Manguera.

In August 2021, BigPay secured US$100m in funding to establish itself as a ‘challenger bank’ in SEA.