Shopee kicks off first regional ‘mega sale’ of the year 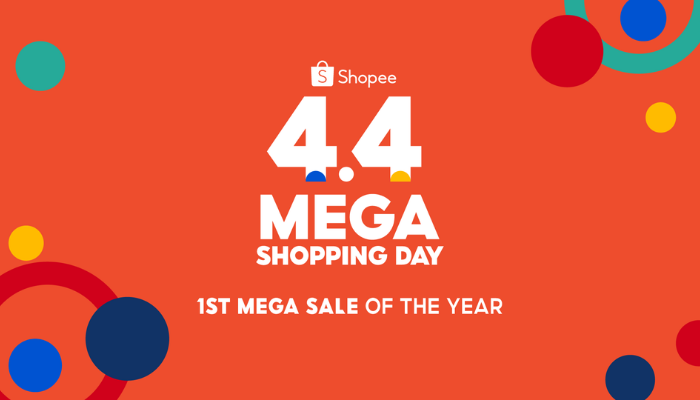 Singapore – Shopee has announced the platform’s first-ever ‘mega sale’ this year, the ‘4.4 Mega Shopping Day’ across Southeast Asia and Taiwan, as part of the company’s build-up of annual platform events.

To cater to the growing interest for late-night shopping, especially during shopping festivals, the finale of 4.4 Mega Shopping Day on 4 April will feature a 2-hour Midnight Mega Sale with deals on thousands of products. Users can also tune in to the Shopee app every day till 4 April for special in-app entertainment, as well as bigger and better deals from the largest array of sellers and brands.

“The Shopee 4.4 Mega Shopping Day is another first for Shopee and the industry, as we bring the excitement of the year-end shopping festivals earlier into the year. Building on the success of our 9.9 Super Shopping Day, which we pioneered in 2016, we have worked closely with our brands and sellers to bring our users even more joy and value throughout the year,” said Chris Feng, chief executive officer at Shopee.

Part of the entertainment in the 4.4. Mega Shopping Day is a live performance from K-pop girl group Mamamoo, who is also the event’s regional celebrity. They will be presenting their top hits such as ‘Mr. Ambiguous’, ‘Starry Night’ and ‘HIP’ exclusively on Shopee Live, on 4 April. Shopee users can also stand a chance to win exclusive Mamamoo autographed albums.

“We are also thrilled to have Mamamoo join us to deliver a spectacular performance on Shopee Live as part of our 4.4 celebrations, so that our shoppers can enjoy the best entertainment, deals, and rewards,” Feng added.

In addition, Shopee will also introduce more features during the mega sale, including co-streaming with platform merchants on Shopee Live, earning rewards through in-app games like Shopee Farm and Shopee Bubble, and programs on Shopee TV and respective TV programs in the region to enjoy market-targeted rewards and deals.