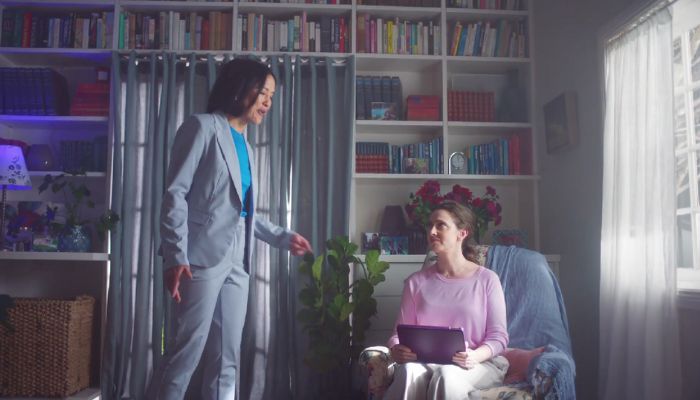 Australia – The year-end is as important as ringing in the new year when it comes to our financial plans, and Aussie-based investment provider Colonial First State (CFS) want to be of help by reminding people of its ‘pro-grade’ financial products amidst the second half of the year.

In partnership with creative agency It’s Friday, CFS launches a campaign with four films, each focussed on someone with a specific financial investment ambition.

Seemingly resigned to limited options, individuals in the film are challenged by an enthusiastic, motivational figure, who grandly reveals the CFS pro-grade choice that could fulfil their investment ambitions.

Josh Grace, chief customer officer of CFS, said it’s time to break the perception that only a select few can access the world’s best investment managers.

“CFS want Australians to know that they don’t have to be held back. No matter their life stage or goals, we have pro-grade investment choices that will open their eyes to bigger and better ways to unleash the potential of their money,” said Grace.

Pete Bosilkovski, CEO of It’s Friday, commented, “Surprisingly many Aussies have a passive relationship with their finances. It’s often left in the too hard basket or has a misconnection that you can’t get access to the best products that can make your money work harder for you. Yet, most Aussies want to unleash boldly in their second half but fall short on making it happen.”

“Sometimes all people need is a little encouragement and motivation to stir something deep inside them and see the light. That’s the genius thing about this campaign. Earlier this year, we reframed retirement inspiring Aussies to unleash their second half. Now, we inspire Aussies on how they can make it happen with pro-grade product choices in investment, superannuation, and retirement that CFS FirstChoice has to offer them,” he added.

Chief Creative Officer Vince Lagana also said, “Retail investment messages are often quite straight and bland. But CFS’s pro-grade choices aren’t ordinary choices. They deserve a grand introduction that excites people. While also serving to remind them that CFS isn’t just there for retirement planning. It’s for every life stage and every investor who wants to thrive.”

Last March, CFS came out with its very first ad campaign, also developed by It’s Friday. Alongside this, the financial services launched a new brand platform.