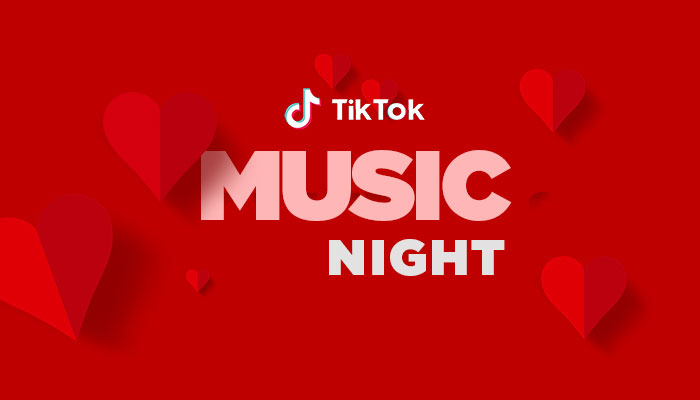 Singapore – TikTok has announced the third edition of its TikTok Music Night which is a post-Valentine’s Day celebration in Asia – ”Love Edition” – to be streamed live on the TikTok app in February 18 at 7:30 p.m. SGT.

TikTok Music Night Asia “Love Edition” will feature some of the top romantic artists in the region, such as MICappella from Singapore, Ariel Tsai from Taiwan, Layla Sania from Malaysia as well as Filipino performer Route 83, and Indonesia’s Afgan, among many others.

Through the event, TikTok aims to promote creativity and bring joy to the public. The first live stream stage was in October 2020 and has expanded well beyond Korea to other countries across Southeast Asia, including Singapore. Recent editions featured internationally acclaimed artists, such as Pentatonix, Lauv, and Conan Gray, among others.

Aside from the local up-and-coming artists from Asia, the “Love Edition” will also feature guest performances from international artists such as Pink Sweat$ performing ‘At My Worst’ followed by Max, whose hit romantic song ‘Blueberry Eyes’ featured Suga of BTS. Local Singapore artists, such as Benjamin Kheng ft. J.Sheon and EstelleFly will also perform in the live stream event.

Here are the following Asian artists on the upcoming Music Night: